Ron DeSantis says French would not fight if Putin attacked them 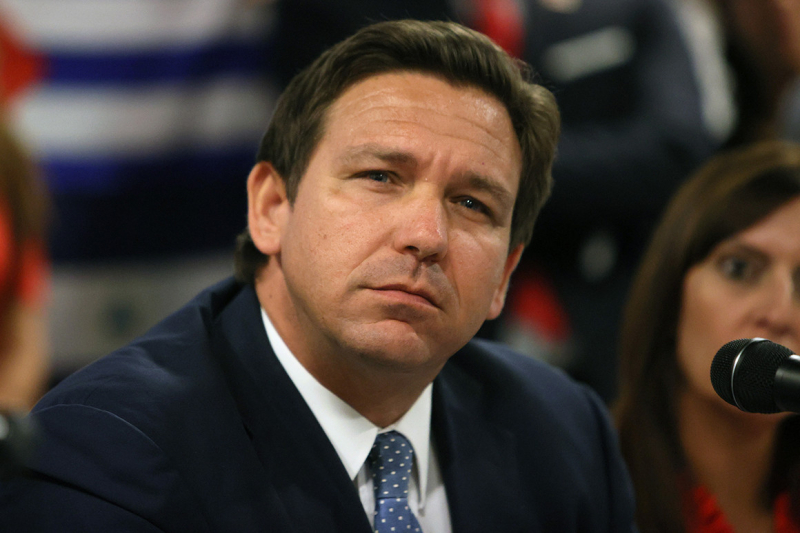 One can only wonder what they teach at Yale and Harvard these days. Clearly, the Ivy League schools are not doing a great job of teaching world history. So maybe Florida Governor Ron DeSantis, who attended both schools, should not be blamed for basically calling the French a bunch of cowards.

During a news conference today at the University of South Florida, DeSantis began chatting about Putin and the brave citizens of Ukraine. DeSantis described Putin as an "authoritarian gas station attendant."  DeSantis called Russia, "a hollowed out country" except for its energy resources.  Of course, he took a moment to slam President Biden suggesting Putin attacked Ukraine, in part, because Biden pulled troops out of Afghanistan.

DeSantis, called the Ukrainian war effort "inspiring"  especially the combat efforts of Ukraine's civilians. Then, DeSantis added this gem: "A lot of other places around the world they just fold the minute there is any type of adversity. I mean can you imagine if he went into France would they do anything to put up a fight? Probably not."

Matt tweeted this response: "Jesus. World War I was largely fought in France, the French Resistance was courageous and fearsome and France was one of the four occupation powers in postwar Germany. France is also, along with the US and UK, one of the three nuclear powers in NATO."

Of course, all of this begs the question - why would a Florida governor go out of his way to insult France? Especially at a time when the United States and its allies need to be united in opposition to Putin.