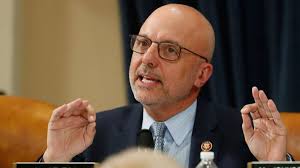 Florida Congressman Ted Deutch announced today that he will not seek reelection. His decision not to run is likely to set off a mad scramble, especially among Democrats in this Palm Beach/Broward district, to replace him.

The Palm Beach/Broward congressional district is heavily Democratic and is expected to remain so,after the Florida Legislature completes work on congressional redistricting later this month.

Here is the statement from Deutch:

"After serving the public for more than 15 years, I have decided I will not seek re-election this November. Public service was instilled in me by my father who earned a Purple Heart in the Battle of the Bulge, and it has been a tremendous privilege to serve the people of Palm Beach and Broward Counties in Congress since 2010. I am incredibly grateful to my constituents for their support and friendship.
"In my seven terms in Congress, I have worked hard and tried to find common ground. I’m proud of my work to make our communities safer from gun violence, strengthen social security and protect our most vulnerable seniors, and ensure Holocaust survivors can live in dignity. I’m proud of the many bipartisan ways we’ve come together - to provide resources for those battling eating disorders, to help seniors at risk of fraud, and to combat climate change. And in a dangerous world, I’ve worked with my colleagues to fight terrorism and rogue regimes like Iran, and to support our military and veterans, including securing recognition for heroic World War II, Korea, and Vietnam heroes who had been denied the honor they deserved.
"I have been forever changed by serving the people of Broward and Palm Beach Counties in Congress. When I took office, Robert Levinson of Coral Springs had already been missing in Iran for three years. I’m humbled to have gotten to know Bob’s remarkable family while working with them to try to secure Bob’s release, and ultimately grieving alongside them at the news of Bob’s passing.
"Our community was profoundly changed on February 14, 2018. Seventeen students and teachers of Marjory Stoneman Douglas High School were killed that day, and I have tried every day since to be there for their families and to help them honor the memories of their loved ones in all the ways they are working to make our schools and community safer. I have also tried to support the survivors in any way I can, though it is their powerful voices that have helped create desperately needed change. The Parkland families and student survivors inspire me every day.
"Since 2013, my colleagues have selected me to lead our critical foreign policy work in the Middle East. Even as Iran continues its illicit quest for nuclear weapons and support for terror groups worldwide, we are also witnessing a new era of cooperation in the Middle East that brings transformative new opportunities. For me, this foreign policy work has been a natural continuation of my deep ties to the American Jewish community and my long-standing advocacy on behalf of the U.S.-Israel relationship. Beyond foreign policy, we have also seen an unprecedented rise in antisemitism in our own country and abroad, and I have been at the forefront of the Congressional response as the founding co-chair of the House Bipartisan Task Force for Combating Antisemitism. This critical work, and the opportunity to do it on a global scale, is why I am announcing that I will not be running for re-election to Congress as I have accepted an offer to serve as the next Chief Executive Officer of the American Jewish Committee.
"I will be forever grateful for the opportunity you have given me to serve our community and to serve our country. I have been touched and inspired by so many people I have been privileged to meet. I have seen the good that can be accomplished when we work together, and I am forever hopeful about our future. Serving as your representative has been the greatest honor of my life.
"My nephew, Eli, died from accidental fentanyl ingestion one year ago this week, and as I continue to represent our community in Congress over the coming months, I will do all I can to raise awareness about the threat of fentanyl to young people like Eli in every community in America.
"I look forward to continuing to fulfill my obligations in Washington until Congress recesses for the next election, and I look forward to seeing you soon, whether in South Florida or Washington."