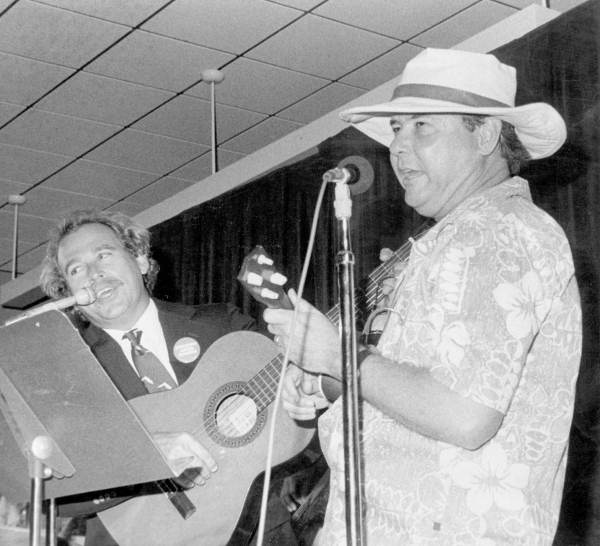 Sometime during the early 1980s. then Gov. Bob Graham, always a bit of a ham, decided he would pretend being Jimmy Buffett during the annual Tallahassee press corps skits. As Graham warbled away, the real Buffett came on stage dressed as if he was Florida's governor.

Now, Buffett is campaigning for Graham's daughter Gwen who is a leading candidate for the Democratic nomination for governor. She is the third Graham to take a shot at the governor's mansion. Her father won two terms, plus three in the U.S. Senate. Her grandfather l0st his bid to be governor in 1944.

Whether Buffett can bring any votes to Gwen Graham is doubtful....but for his fans, it is certainly entertaining.