Why Rick Scott should not run for the Senate. It's not what you think. 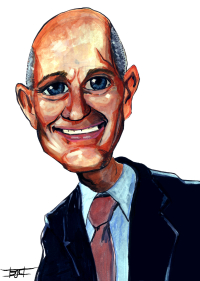 Many believe that most mornings Florida Governor Rick Scott looks in the mirror and sees the Sunshine State's newest U.S. Senator. Certainly Republicans hope he is right.

Scott is their perfect candidate. He can largely pay his own way. He has won two statewide races. And most importantly, he could knock off a three-term Democrat - Bill Nelson - and perhaps help the GOP keep control of the Senate.

Those are swell reasons for the Republican Party to cheer him on but the fact is that Scott might just be miserable as a United States senator. Unless, his plan is to retire to the Senate - and he would not be the first, Scott might be better off not running.

Let's start with why Scott would be miserable.

During most of his adult life, Scott has been an executive. That's how he made his fortune. Scott is accustomed to making decisions and taking action. The senate is the opposite. For the most part, it does very little. In fact, the average senator does very little and that is baked into the system.

As the junior senator from Florida, Scott would have less clout than the newly minted senior senator, fellow Republican Marco Rubio.  And let's face it, once the shine of Rubio's rising star image wore off, he is now merely a second term senator with no prospect of a serious committee chairmanship for years to come. Trust me, Rubio is bored out of his mind and frustrated as hell.

Scott will find most of his staff's time is occupied chasing Social Security checks and veterans benefits for his constituents. Lobbyists will woo him but even they understand that their time is better spent with Senate leadership - the folks who actually decide things and tell members how to vote.

Committee hearings are sparsely attended unless it is a major issue that brings television cameras. Floor debate is largely a quaint notion.

He will get to travel overseas as part of "fact finding" trips that find few facts, rarely meet with actual real folks, yet still have a grand old time at fancy dinners in fancy places.

Scott will be bored out of his mind.

But....some people just need to be a senator. For them, it more about the title and perceived perks than it is about accomplishing anything of substance. And this is particularly true of people who want to be first term senators in their retirement years. They know they simply do not have enough time to actually do anything in that chamber.

Scott will be 66 when the new Senate takes office in 2019.  It is a time of life where he may indeed be willing to retire to the Senate knowing full well he will be unable, through no fault of his own, to leave a mark there.  Perhaps the draw of the title will be enough for him.

He may want to look for something else in that mirror.

Scott as Senator would be just another Trump stooge. Additionally, the man has made his bones through lies and obfuscation. Like Trunp, he is another executive who thinks he knows what's good for the rest us.