Poor Charlie Crist. The Florida Congressman couldn't sleep a wink last night.  Of course Crist's reason for not sleeping was a tad different than Frank Sinatra's song would suggest. Sinatra didn't have to worry about "Trumpcare."

So here's what Democrat Crist is sending out in an email:

I was up all night thinking about the score of Trumpcare 2.0, friend.

850%. That's the estimate of how much insurance premiums would rise for elderly, poor people over the next decade. That's shameful. I’m incredibly disheartened that my colleagues in the House put politics over people -- and I’m going to do everything I can to stop it.

Will you help me show my colleagues how many of us are against this horrendous bill? Sign my petition right now.

Trumpcare 2.0 is un-American. We need to look out for each other -- not rip away health care from 23 million people.

Sent from my iPhone

Gwen Graham announces endorsements for her campaign for Florida governor 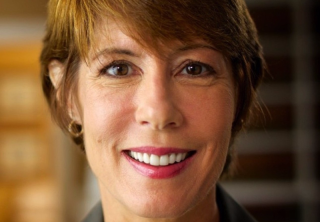 Yes weary folks, the 2018 campaign has been well underway for months. Why it is enough to inspire one to jump for joy because one can never get enough of Florida politics.

Gwen Graham, former congresswoman and daughter of former Gov. Bob Graham (and 3 term U.S. Senator)....would like you to know this:

"I'm honored to have the support of these South Florida representatives, each of them a respected leader in his or her own right. Working together, we'll move Florida forward for young Floridians, our environment, and our economy, " Graham said.

Representative Emily Slosberg, vice chair of the Florida Young Democrats, said, "As a mother of three, Gwen Graham is passionate about tackling the issues that affect my generation. As governor, she'll work to make college more affordable and accessible, protect our land and water for future generations, fight the very real threat of climate change, and build an economy that provides real opportunity for young Floridians. Gwen Graham will be a governor for our generation and the next."
Representative David Silvers, a small business owner, said, "Gwen believes we need to build a state that works for small business and home-based business owners, not just the largest corporations. On her Workdays, she gains firsthand experience learning about the challenges and opportunities entrepreneurs face. As governor, she will build an economy that creates growth and opportunity for businesses of all sizes."

Representative Kristin Jacobs, who served on a White House climate change task force under President Barack Obama, said, "Gwen Graham will place protecting our land and water at the forefront of her agenda. Gwen is a progressive who understands the urgent threat climate change and sea level rise pose to our state and will work with the legislature to shift Florida from fossil fuels to renewable energy. She is the environmentalist's candidate in this race."

Representative Evan Jenne, an advocate for consumer protection, said, "To give Floridians more economic freedom, we need a governor who will stand up to insurance companies and protect Florida homeowners. Under Gwen Graham’s progressive leadership, we can build a state that puts consumers — not corporations — first."

Representative Richard Stark, an advocate for increased education funding, said, "To reach our state's full potential, we need to make sure our students are reaching their full potential. As governor, Gwen will end the lottery shell game and invest in education to ensure every Florida student is college or career ready." 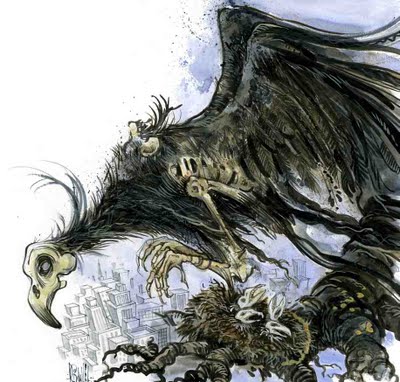 Nevins told WSJ that he is not convinced the Russians are involved but even if they were, it doesn’t matter to him because the agenda of the hackers seemed to match his own. “If your interests align,” he said, “never shut any doors in politics.”

Learning that hacker “Guccifer 2.0” had tapped into a Democratic committee that helps House candidates, Mr. Nevins wrote to the hacker to say: “Feel free to send any Florida based information.”

Ten days later, Mr. Nevins received 2.5 gigabytes of Democratic Congressional Campaign Committee documents, some of which he posted on a blog called HelloFLA.com that he ran using a pseudonym.

Soon after, the hacker sent a link to the blog article to Roger Stone, a longtime informal adviser to then-candidate Donald Trump, along with Mr. Nevins’ analysis of the hacked data.

Mr. Nevins confirmed his exchanges after The Wall Street Journal identified him first as the operator of the HelloFLA blog and then as the recipient of the stolen DCCC data. The Journal also reviewed copies of exchanges between the hacker and Mr. Nevins. That the obscure blog had received hacked Democratic documents was previously known, but not the extent of the trove or the blogger’s identity.

“I just threw an arrow in the dark,” Mr. Nevins said in an interview, adding he set up a Dropbox account so whoever was using the Guccifer 2.0 name could send large amounts of material. Later, going through what the hacker sent as someone who “actually knows what some of these documents mean,” the GOP consultant said he “realized it was a lot more than even Guccifer knew that he had.”

Former Congresswoman Gwen Graham today became the third member of her family to run for Florida governor.  Her father, Bob Graham, was governor from 1979 to 1987. He then served in the U.S. Senate from 1987 to 2005.  He ran for president in 2003 but dropped out after nine months.

Gwen Graham's grandfather, Ernest "Cap" Graham, a state Senator, ran for governor in 1944. He was defeated.

Graham's announcement was long expected and she joins a growing field of Democratic and Republican candidates.

Below is the campaign release about her announcement:

Declaring, "We do not have time for typical politics, because this is the time to paint Florida’s future in sharp lines, and bold colors," Gwen Graham announced she is running to serve as Florida's next governor, Tuesday morning.

With her family by her side, Graham said, after almost 20 years of a enduring a state government with the wrong priorities for the wrong people, she would renew Florida's education system, environment and economy.

Citing her experience as a working mother, PTA president and school board official, Graham said she is determined to end the lottery shell game diverting funds from Florida schools and high-stakes testing.

Graham announced her campaign next to Miami Carol City Senior High, where she spent a full Workday alongside educators teaching students, the previous day. The high school was where her father, former Governor Bob Graham, performed his first Workday in 1974.

“As governor, I won’t just criticize this culture of teaching to the test. I will end it,” Graham said. “Because high-stakes standardized testing has led us to one-size-fits-all learning. Yet our children, parents and teachers are not one-dimensional. Our children, parents, and teachers are not standardized. I will work with the legislature – and do whatever it takes, including using the governor’s line-item veto to end high-stakes testing.”