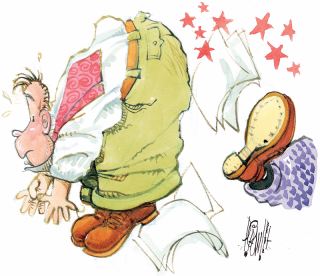 A dear friend called recently to go over her sample ballot. She wanted me to explain some of the candidates and issues with which she is least familiar. As we worked her way down the ballot she said she was going to vote for Amendment One.

I asked her what she thought it was all about. She said it appeared to be a pro-solar amendment that would help the environment. I gently explained to her that Amendment One is actually backed by Florida utilities with FPL being one of the biggest backers. There was a pause.

Her initial reaction to Amendment One is a common. The utilities were brilliant in their soulless effort to deceive voters. The deceit starts with the name of the group pushing passage of Amendment One - Consumers for Smart Solar.

There is no question that there are some complicated issues involved with broadening the availability of solar energy for homeowners and businesses. But those issues do not require a constitutional amendment. It is, as former Florida Governor Bob Graham noted today, the job of the Legislature and regulators to, well, regulate the industry.

Even if one agreed with the position being taken by the utilities - Amendment One must fail because the industry deliberately deceived voters.

The policy director of a think tank supported by Florida’s largest electric utilities admitted at a conference this month what opponents have claimed for months: The industry attempted to deceive voters into supporting restrictions on the expansion of solar by shrouding Amendment 1 as a pro-solar amendment.

Sal Nuzzo, a vice president at the James Madison Institute in Tallahassee, detailed the strategy used by the state’s largest utilities to create and finance Amendment 1 at the State Energy/Environment Leadership Summit in Nashville on Oct. 2.

Nuzzo called the amendment, which has received more than $21 million in utility industry financing, “an incredibly savvy maneuver” that “would completely negate anything they (pro-solar interests) would try to do either legislatively or constitutionally down the road,” according to an audio recording of the event supplied to the Herald/Times.

You can read the Herald story and hear the audio here. You will also find disclaimers from supporters of Amendment One.

Spending at least $25 million, with much of the money coming from FPL, Consumers for Smart Solar are running television ads that make it appear that these folks are just trying to Make Florida Great Again.

They are not. Instead, they clearly think Florida voters are suckers who are easily misled.

For that reason alone, Amendment One should fail.

My friend is now voting no.