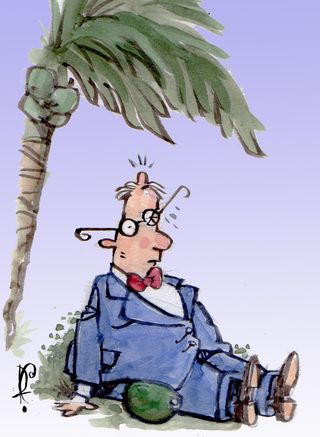 But as often happens among Democrats, little is done to groom the new kids. Instead, Florida Democrats would rather squabble among themselves as sometimes aging politicians decide elected office is better than golf.

Florida’s Democratic Party died in 1998. It remained on life support for a few years but voters in subsequent elections pulled the plug. Today, the party is a mess of parochial interests with much chatter about returning to its old glory but little idea how to get there.

The only other interruption to Democratic reign was Prohibition Party governor Sidney Catts who ran a hateful anti-Catholic campaign and described African-Americans as being part of an “inferior race.” He was governor from 1917 to 1921.

Democrats, who also ruled most of 19th Century Florida politics, controlled Tallahassee during the period of 1900 to 1999 for 87 years. Today, Florida Democrats are largely irrelevant. They have little influence in Tallahassee and even less in Washington.

During its 20th Century reign, the Florida Democratic Party fought it out in the primaries and took a nap during the general election when often hapless Republicans were slaughtered. Conservatives, liberals, moderates all found a fraction of the party they could call their own. It was a party where North Florida Democrats looked with great suspicion on South Florida Democrats – and it was equally true in the reverse.

Today, the party is one of petty fiefdoms, petty rivalries, and petty politics. It is often hapless in its attempts to confront Republicans who brush them aside like pesky gnats. So desperate for political success, the party rented it soul to Charlie Crist when the former Republican governor got kicked out his party and decided to run for governor as a Democrat. Now, he is running for Congress in Democratically favored St. Petersburg district.

Florida Democrats, rightly so, get love and attention during presidential election years when the state’s otherwise red glow begins to get a purple hue.

What they don’t notice is that national Democrats are lavishing even more love on independents who really decide where Florida’s 29 electoral votes will go.

So while Democratic activists can get all giddy about Hillary Clinton, they may want to save some energy for what really matters to the future of the party – the down ballot races. Here, Democrats have some interesting choices to make on August 30.

Clemens of Lake Worth, is one of the brightest stars the Democrats have. He is a strong voice in the Florida senate and is in line to be the party’s senate leader in 2018. At 45, Clemens could help the Democratic Party grow. Enter Slosberg. The wealthy, 68-year old Boca Raton-based House member decided he would like to be in the Senate. So he is knock Clemens out of his seat. Meanwhile, Slosberg’s daughter is running for her dad’s seat.

Many Democrats are appalled that Slosberg would go after Clemens – and as is his style, Slosberg is not making it a pretty race. If Slosberg wins, Democrats lose a youthful leader who represents the future of the party. And Slosberg gets to – well be Slosberg.

Many Democrats believe Murphy, 33, has the potential to help the party take back control of the U.S. Senate while at the same time giving them another young leader. The year started out with incumbent Republican Marco Rubio running for president and vowing countless times that if he lost he would not run for reelection.

So Murphy would now face Rubio right. Nope. Instead, Democrats are saddled with Grayson, 58, an oddball congressman who keeps aggressively attacking Murphy. Few think of Grayson as a leader who can build the party. National Democrats are strongly backing Murphy.

Congresswoman Gwen Graham, 53, the daughter of former Governor and U.S. Senator Bob Graham, won a tough Panhandle district. Graham narrowly defeated a GOP incumbent. She is highly regarded but redistricting led her to decide not to run for reelection. She is now considering running for governor in 2018.

So the Democratic fantasy is Clemens becomes state Senate minority leader, Murphy becomes a U.S. Senator, and Graham governor. If all that happens, Democrats could be on the road back. And there are other young Democrats waiting in the wings.

But even if all three succeed, Democrats will have to function a lot more like a party and a lot less like a cult of personality - particularly within its congressional delegation. And there is a lot more the party needs to do to make itself relevant. One good source of information for building the party is Steve Schale, one of the party’s most thoughtful political analysts. Read his important suggestions to build the party here.

Meanwhile, what Democrats have to fear most this year is that Clemens and Murphy lose, and that other up and comers continue to be left to fend for themselves are take back seats to aging, small impact elected officials.

Democrats have a long road back, but if the party fails to move forward, it will stay stuck in 1999 for decades.

murphy is a dino-- a phony