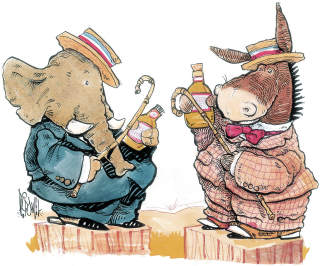 This is Pick-a-Poll week with the latest offering from NBC/Wall Street Journal/Marist showing Hillary Clinton leading Donald Trump in Florida 44 to 37.

This 7 point lead is a striking contrast from the Quinnipiac University Poll which just two days ago showed Trump leading Clinton in Florida 42-39.

The Q-Poll actually offers us a tie because the point spread is within the poll's 3.1 margin-of-error. Here's one notable problem with the Q-Poll - it was conducted from June 30 to July 11. That is a long stretch. Much can happen in this rapidly moving election cycle to sway a voter's view during that extended period.

The Marist poll is bit tighter, it was conducted July 5 to 11 - making it less likely (though certainly not impossible) that new events could change a voter's outlook.

Here's what we know for sure - Florida will be close.

Democrats can take a little more solace from Marist poll because Clinton's lead is outside the poll's 3.3 percent margin-of-error.