Home Archives About Subscribe
Lake Worth woman makes a fool of herself shouting at Rick Scott
Florida Governor Rick Scott says it is time for stop Trump efforts to end.

Will Gwen become the the third Graham to run for Florida governor?

This morning, North Florida Congresswoman Gwen Graham posted a video saying she is seriously considering running for governor in 2018 following in the footsteps of her father and grandfather.

Let's start with this premise - yes she is running.

This will bring great joy to many Democrats who look at a very thin field of potential candidates with the most notable being Tampa Mayor Bob Buckhorn.

Graham, 53, was elected to Congress in 2014 but now faces daunting odds after redistricting all but handed her seat to the Republicans. 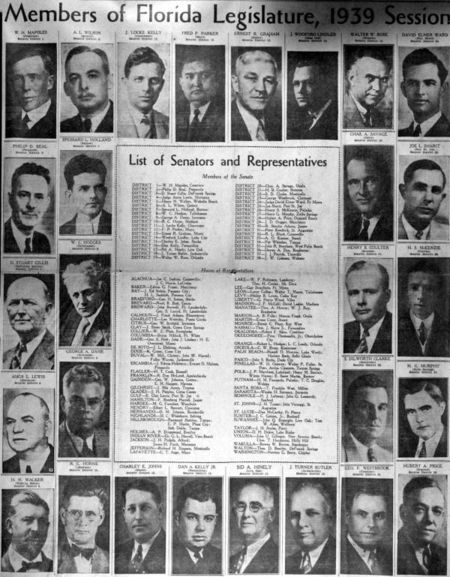 Graham's grandfather, Ernest "Cap" Graham (fifth from the left) ran for governor in 1944 after serving two terms in the Florida Senate. It was a time when winning the Democratic primary meant winning the governor's race. It was also a time where most political power rested in North Florida.

Graham had moved to Miami to grow sugar for Pennsylvania Sugar Company, later named Pennsuco Farming Company. When Pennusco gave up, Graham acquired much of the land and converted it to dairy farming. Some of that land is now Miami Lakes.

In 1978, his son Bob Graham, successfully was elected governor and serve two highly terms. In 1986, Graham was elected to the U.S. Senate where he served until 2005.

Most recently, Graham has been in the news, including a spot on 60 minutes, as a leader of bipartisan effort to release 28 secret pages of the 911 report. These pages, which Graham saw while chairman of the Senate Intelligence Committee, contain information about possible Saudi connections to the 911 terrorists.

While there is a long Graham family history in Florida, the road for a second Graham in the governor's mansion, a places she first moved into as a teenager, is a far from assured.

Her video is the start of a long journey that could either end up like her father or her grandfather.