Home Archives About Subscribe
Will Gwen become the the third Graham to run for Florida governor?
Where JFK once thrilled Palm Beach would President Trump do the same? 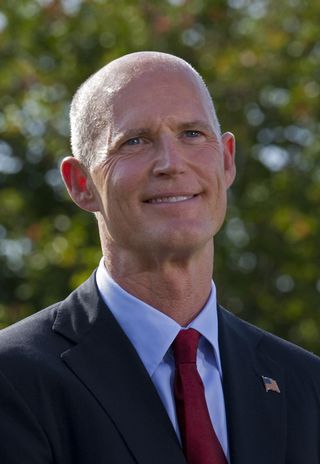 Moments ago on Florida Governor Rick Scott's Facebook page, he said, "it is time for the "Stop Trump" movement to end."

Scott has long supported Trump even though he did not formally endorse Trump during the Florida primary. In his Facebook post this afternoon, Scott it is time for "Republicans to come together."

It is time for the ‘Stop Trump’ movement to end. Yesterday’s election results show that the anti-Trump efforts didn’t work.

If the anti-Trump groups don’t stop now, their efforts will be nothing more than a contribution to the Clinton campaign.

The damage that President Obama has done to our country is serious and substantial. We cannot afford another four years of liberal incompetence, and that is exactly what Hillary Clinton would bring.

We’ve had an extensive debate amongst ourselves, it is now time to get serious about winning in November. This was a hard fought campaign, but now is the time for Republicans to unite.