Jeb Bush and the question of dynasty 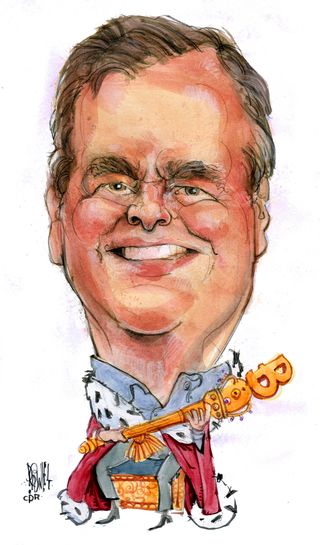 When Jeb Bush’s big brother showed up in South Carolina to campaign for him, the Bush family squarely presented voters with this question – Do you want to continue their seven decades-old political dynasty?

There has never been anything quite like the Bushes in American politics. From Prescott Bush who entered the United States Senate in 1952 to George P. Bush who was elected to statewide office (land commissioner) in Texas in 2014, the Bush family is not only asking Americans to elect a third Bush president, but the fourth may be in waiting.

A year after his father left the Senate in 1963 - Prescott Bush represented Connecticut – George H.W. Bush ran for the U.S. Senate from Texas. Bush lost, but it was the start of his nearly non-stop political presence that lasted until he left the White House in 1993.

A year later, George W. Bush would become governor of Texas. His brother would become Florida’s governor four years later. As George W was leaving the White House in 2009, years of wondering if Jeb would run got louder.

Now he is and Americans must decide whether one family should have so much power.

In one sense it is unfair to Jeb. He rightly believes he should be measured by his own skills. During most of his presidential campaign he repeatedly reminded voters that he is “proud to be a Bush but I am my own man.”

This was always only partly true. Bush’s campaign relied heavily on Bush family friends and donors who have helped make the Bushes a political power. Now, Jeb carries not just the enormous burden of winning the Republican nomination, but of not harming the Bush family legacy.

For some voters, to hear a candidate rail against the politics of Washington when one’s family has been part of Washington for decades can sound hollow.

For some voters, the idea of a third Bush presidency can give a chill no matter the first name.

At the moment, Jeb’s own stumbles have delayed the conversation about dynasty. Should his campaign recover, the question of dynasty will move to the front of the debate.

It will be a difficult question to answer.