Jeb Bush explains the art of the Selfie 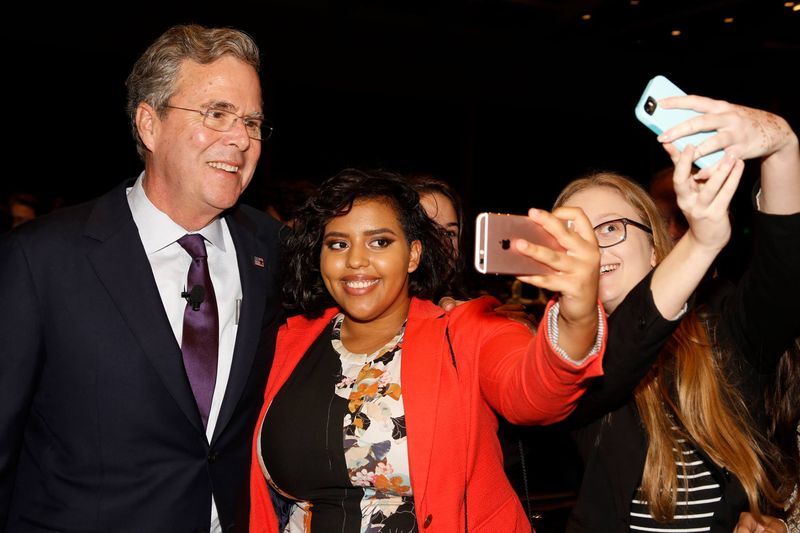 While Jeb Bush was asked a number of serious policy questions during his appearance before nearly 900 members and guests today at the Forum Club of the Palm Beaches, Bush became his most animated when he was asked how the selfie has affected campaigning.

Bush's campaign enjoyed the moment so much that it has been turned Bush's answer into one of the campaign's series of Jeb Unfiltered videos. "The Selfie is now the 11th Amendment of the Bill of Rights," says Bush. ". . .It's a requirement that you take one and I do it with great joy in my heart."

It is actually a very amusing moment for Bush who goes on to describe how selfies should be taken and who is better at taking them.   The other notable thing about his speech was he never uttered the "T" word until he was asked a question about Donald Trump.