Marco Rubio needs to take on Jeb Bush at debate

Marco Rubio has gone from the most talked about potential Republican Party presidential nominee to nearly Marco who? He can blame three Floridians - Ben Carson, Donald Trump and Jeb Bush.

Okay, so Trump is only a part-time Floridian - so is half of South Florida.

Rubio's campaign sent out a nearly 12 minute video rehashing his come from behind victory for the U.S. Senate at a time when most Republicans thought he was out of his political mind to take on a sitting governor who wanted to move to Washington.

(Side note: Charlie Crist might still want to go to Washington only this time as a U.S. Representative.)

Meanwhile, Bush's campaign continues to try to make the GOP contest one featuring him and Trump. Bush appears to be simply dismissing the rest of the field despite the fact that Bush's support has collapsed in recent polls showing him in single digits.

This week, Bush's PAC, Right to Rise, starting spending $24 million on television ads, in an effort to push up Bush's poll numbers and run a few more Republican candidates out of the race. 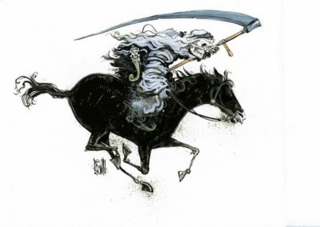 There is huge potential downside for Bush. What if all that money does not buy him love? What happens if Bush is still mired in single digits a month from now? And if the Bush campaign collapses who inherits the mantle of establishment frontrunner?

Tonight may be Rubio's best chance. He needs to take on Bush directly. He needs to prove that he is as tough as he talks.

Look, Rubio loves to talk about taking on Iran. By golly give him the White House and Rubio will show them who is boss. Yet, he seems to fear taking on the one guy who may be more of a roadblock than Trump or Carson to his seat in the Oval Office - Jeb!

If Rubio fails tonight to re-position his campaign, he may have a tough time moving ahead of Bush.