If you are a reader of the Manchester, New Hampshire based Union Leader, you are seeing a series of ads on the newspapers website touting the record of former Florida governor Jeb Bush.

The first of the four ads below, has Bush taking pride in getting rid of "poor performing" state workers and, eliminating seniority. (oddly, it is Bush's "seniority as a political leader that is one of his selling point for becoming the third Bush president). 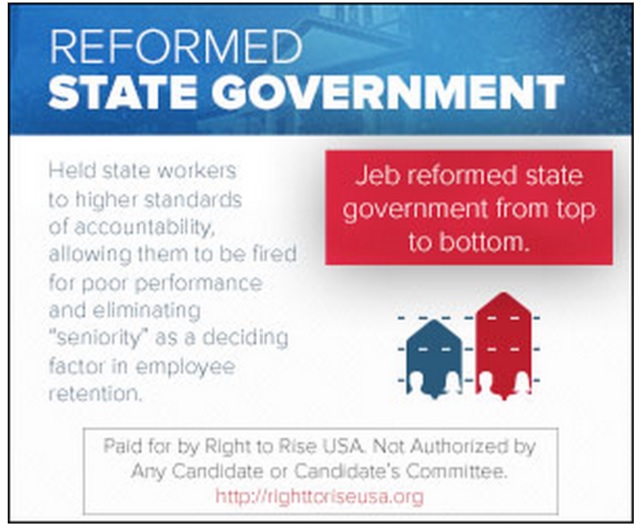 Right to Rise also brags that Bush was a tax cutter. Opponents might argue that his tax cuts reduced state revenue to such a degree that Florida was in weaker shape to deal with the Great Recession. Still, tax cuts are loved by most voters (as long as they keep getting the tax funded services they want). 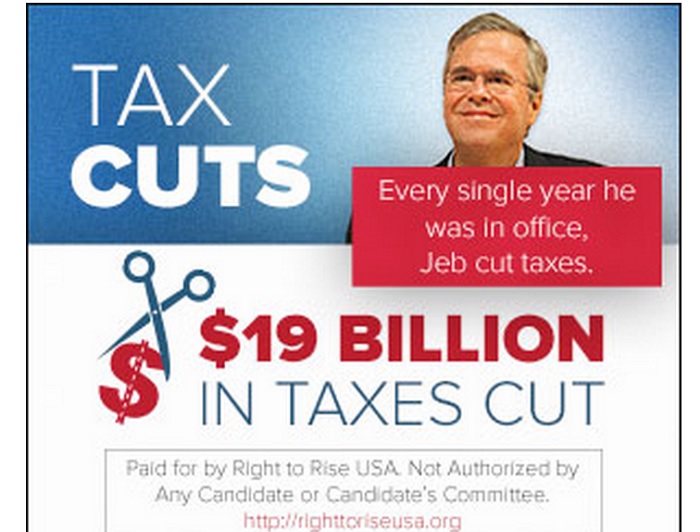 Right to Rise also wants the folks in New Hampshire to know that Bush added jobs while he was governor and that Sunshine State unemployment was low. Bush benefit, as did the nation, to a very robust economy where employers were begging for employees and Florida's rapid growth contributed to a housing boom. Governors, who are rightfully loathe to take the blame for economic hard times, really claim little credit for a booming worldwide economy. 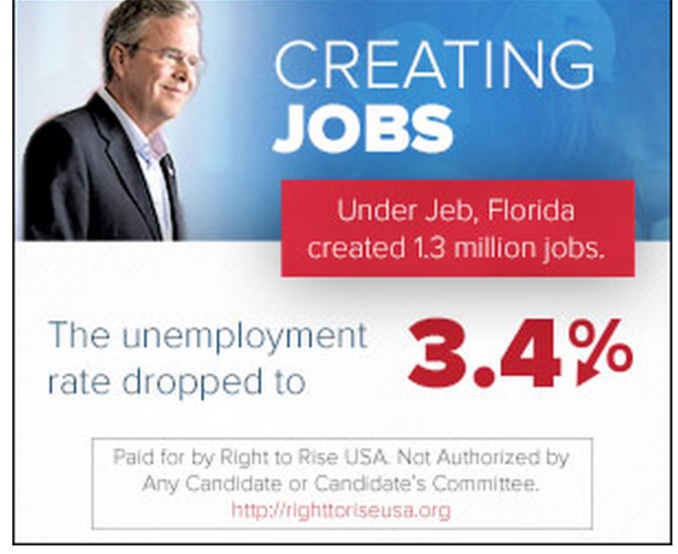 The last ad continues a theme that is simply puzzling. Why, oh why, does anyone in the Bush campaign think that bragging about a AAA bond rating is something voters understand or care about. Surely in the living rooms of New Hampshire, folks are not sitting around saying, "I had my doubts about that Bush fella until I heard he is triple A."

Might we suggest that with this ad, Right to Rise has the Right to Stop. 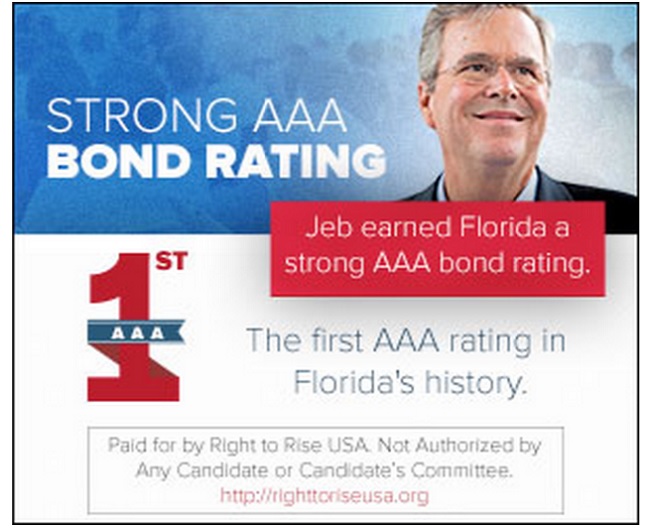