Women over the years on opening day of the Florida Legislature

As ceremonies begin today for the opening of the 60-day session of the Florida Legislature, with the help of the Florida Memory Project, let's take a look back at what women did on opening day.

Let's slip back to the early 1960s where wives of Florida lawmakers wore hats and white gloves as they sat on metal chairs inside the chamber. On the tote board are  names of lawmakers who would later hold statewide office, become prominent lobbyists, or, as many of them did, fade from public life. This is time when legislators could hold their seats for decades. Women in the House and Senate were scarce.

That was about to change. 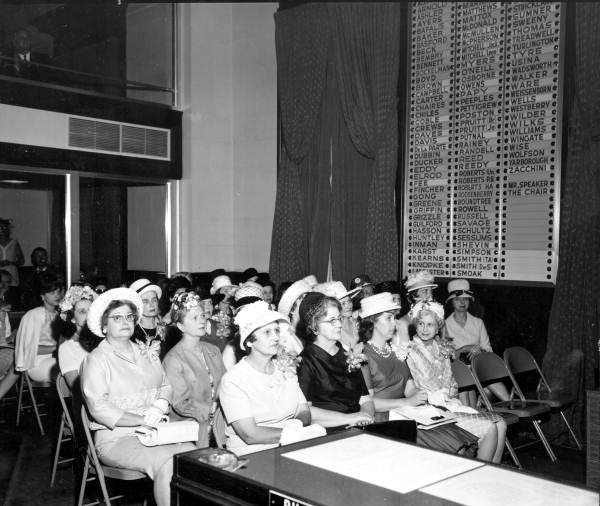 In 1982, Florida lawmakers were confronted on opening day by a huge crowd of Equal Rights Amendment supporters and opponents. Congress had set a June 30, 1982 deadline for states to ratify the amendment. Thirty-five state had done so. Only three more were needed and there was enormous pressure on Florida to pass the amendment.

Over the years, the Florida House approved the amendment several times. The Senate always balked.

Florida was considered critical to final ratification of the Equal Rights Amendment. Once again, the House narrowly approved the amendment 60-58.  Pressure built in the Senate, and members could not walk across the Capitol without being confronted by both sides.

In the end, the Senate once again rejected ratification voting 22-16 against. 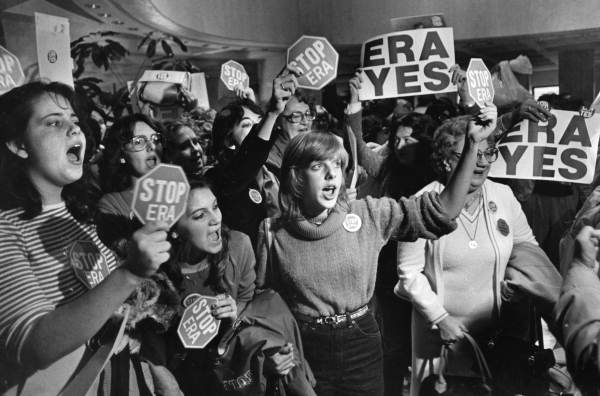 Less than 10 years later, the Florida Senate would choose the first woman to become Senate President, Miami Democrat Gwen Margolis. She was president from 1990 to 1992. She would be followed by Orlando Republican Toni Jennings who held the gavel from 1996 to 2000, being the only Senate president to serve two consecutive terms.

Ironically, despite voting  a number of times for ratification of the Equal Rights Amendment, the Florida House has yet to elect a woman Speaker. And now Opening Day trivia - can you name the gentlemen below? 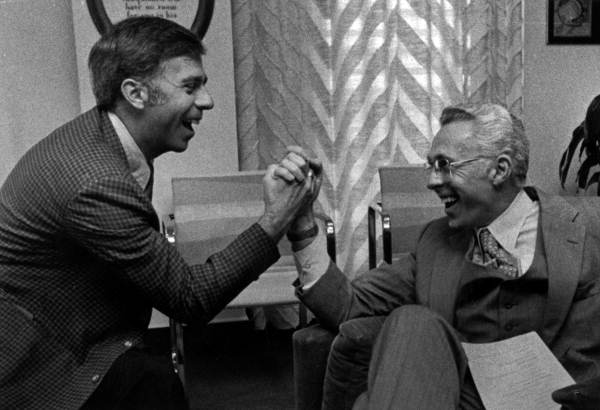 Posted at 07:15 AM in Florida Legislature, Tallahassee | Permalink | Comments (1)

Hyatt Brown of Daytona and Phil Lewis of West Palm Beach Brown was a speaker after Don Tucker. Lewis was a Senate President. Smoked cigars in his office.