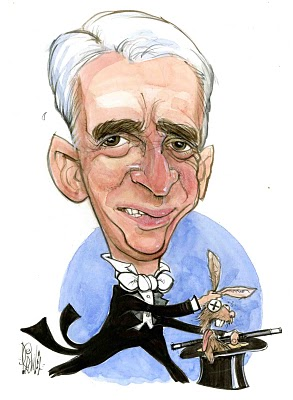 While Charlie Crist is popping up all over the place promoting his new book, The Party’s Over: How The Extreme Right Hijacked the GOP and I Became A Democrat, a new University of Florida poll suggests that Crist is maintaining a healthy lead over Rick Scott.

Crist's attempt to return to the Florida governor's mansion as a Democrat gets a lot of scorn from his former fellow Republicans many of whom trash him at every opportunity.

Not Fox's Bill O'Reilly. Crist was on O'Reilly's program Tuesday night and the usually combative O'Reilly was like a puppy in Crist's lap.

Was O'Reilly suggesting he wouldn't mind if Crist defeated Scott?

Does the spin stop there?

Read the poll results from UF below:

A poll of registered voters in Florida by the Bob Graham Center for Public Service at the University of Florida in collaboration with UF’s Bureau of Economic and Business Research revealed high interest in Florida’s governor’s race, with 95 percent of likely voters reporting either “a great deal of interest” (66 percent) or “a fair amount of interest” (29 percent).

“For months now, political analysts have been describing Florida’s 2014 governor’s race as the top race in the nation. The only question has been whether Floridians are as interested in the race as national election forecasters are,” Susan MacManus, political science professor at the University of South Florida, said. “Now we know they are, and it’s only February.”

The poll also asked respondents about their opinions on the candidates’ qualifications. Notable results include:

Survey results are based on data collected from 1,006 telephone surveys of registered voters conducted between Jan. 27 and Feb. 1, with a 3 percent margin of error.