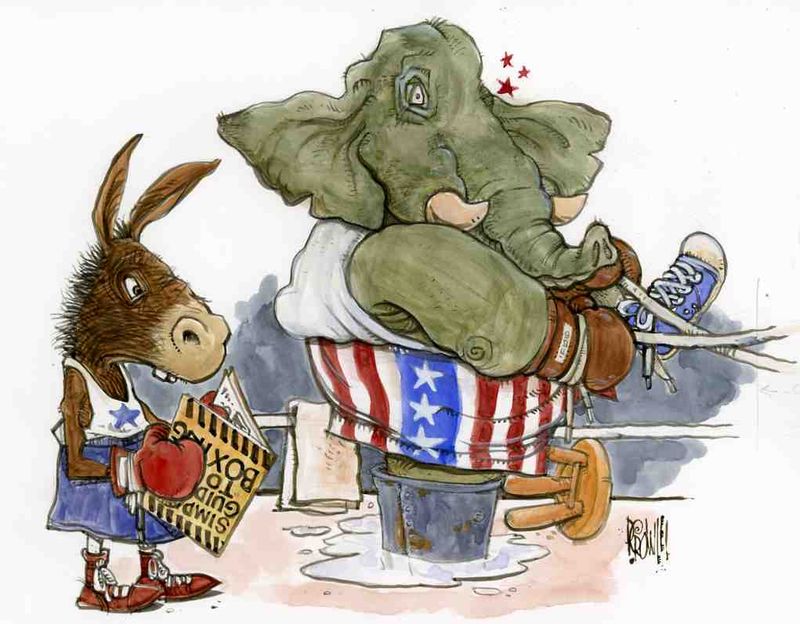 Look, the fact is that any poll on April 3, 2013 trying to tell you what voters are really thinking about 2016 is, well, silly.

Most voters don't give a flip about 2016. They don't care about 2014. But, what would a pollster do if pollster wasn't polling. Birds have wings, birds fly.

Supporters of Florida Senator Marco Rubio will point to the poll and note that he with a meager 19 percent support, he leads the field. Others will note that former Florida governor, Jeb Bush is at the bottom with a mere 10 percent.

This poll really tells us very little about the future. But it is fun to read anyway. Just keep in mind what Peter Brown of Quinnipiac writes:

“Three years before the nominating process, the Republicans have no clear favorite.”

They sure don't. Nor should they.

There is no front-runner now for the 2016 Republican presidential nomination, leaving a five-way horse race with no candidate above 19 percent among Republican voters, according to a Quinnipiac University national poll released today.

New Jersey Gov. Christopher Christie, who ran better than other Republicans against top Democrats in a March 7 survey of all American voters by the independent Quinnipiac (KWIN-uh-pe-ack) University, gets only 14 percent of Republican voters today.

“Three years before the nominating process, the Republicans have no clear favorite,” said Peter A. Brown, assistant director of the Quinnipiac University Polling Institute.  “Sen. Marco Rubio benefits from his exposure giving the GOP response to the State of the Union while Congressman Paul Ryan is known as the Republican vice presidential candidate.  But history tells us being the running-mate on a losing ticket does not help one’s presidential chances. The last three Republicans in that spot were Sarah Palin, Jack Kemp and Dan Quayle, while the Democrats in that role were John Edwards, Joe Lieberman and Lloyd Bentsen.”

Republican voters say 59 – 23 percent that they prefer someone with experience as a governor, rather than a senator as their party’s nominee.

“History indicates that Republicans who win the White House tend to be former governors and there are several thinking about running for the White House in 2016,” said Brown.  “New Jersey Gov. Christopher Christie is obviously the best known at this point, and Jeb Bush makes the top five, but Louisiana Gov. Bobby Jindal, Wisconsin Gov. Scott Walker and Virginia Gov. Bob McDonnell barely register in this survey.”

Among all American voters, the Democratic Party is less disliked than the GOP: the Democrats get a negative 38 – 44 percent favorability, compared to a negative 28 – 52 percent for the Republicans.  The Tea Party gets a negative 24 – 43 percent.

Voters also give Republicans in Congress a negative 19 – 71 percent job approval, compared to a negative 34 – 59 percent for the Democrats in Congress.

“The Republican brand is essentially in the toilet these days, but it’s worth remembering the Democrats faced a similar situation in the late 1980s and got their house in order and returned  to power in short order,” said Brown.

“President Barack Obama got a post-election bounce to 53 – 40 percent in a December Quinnipiac University poll.  Then he dropped into mid-40s splits as the budget battle with Congress took its toll,” Brown said.  “Now he may be inching up again.”