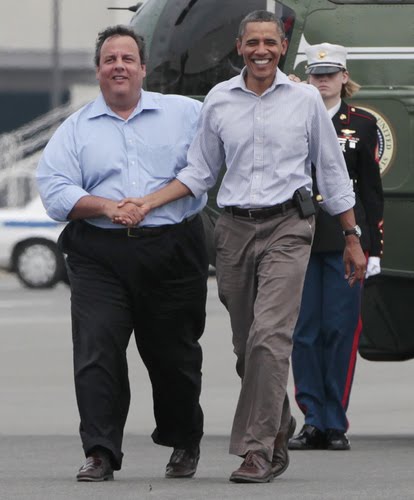 Poor Chris Christie. After failing to pass the American Conservative Union's purity test (is this a bit like Florida's new drug test for welfare recipients?), the New Jersey governor is going to Palm Beach to see if he still has any friends.

Never mind that the folks in New Jersey think their governor is swell. In fact, just about everybody in New Jersey likes Christie - one poll has him at 92 percent, Florida Gov. Rick Scott would cut off his right hand to have poll numbers like that.

Well if you think conservatives were ticked off when former Florida Gov. Charlie Crist hugged 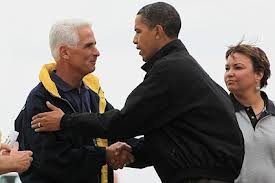 President Barack Obama, you won't believe the lather they are in now because Christie accepted federal money (that omg might raise the deficit) to help pay for Sandy relief for the devastated home and business owners in his state.

The final straw for Christie was when he decided to let New Jersey join the Medicaid expansion that is part of Obamacare. This dual shock means that Christie, one of the rock stars of the 2012 ACU sponsored Conservative Political Action Conference, is persona non-grata at this year's CPAC gathering.

Apparently one key to being invited to speak is be a loser. Among the three dozen plus speakers are these luminaries from the 2012 campaign: 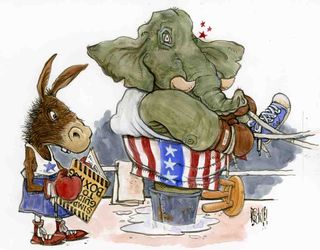 And of course you get Wayne LaPierre (NRA), David Keene (NRA) Sarah Palin, and Rand Paul.

The list also includes Marco Rubio, Jeb Bush and Bobby Jindal among the speakers. One suspects they don't have a lot in common with Allen West.

American Conservative Union Chairman Al Cardenas said Christie had a bad year.  “CPAC is like the all-star game for professional athletes; you get invited when you have had an outstanding year,” Cardenas told the National Journal. “Hopefully he will have another all-star year in the future, at which time we will be happy to extend an invitation. This is a conservative conference, not a Republican Party event.”

The conference is March 14-16 in Washington. For town they hate, these folks sure love going there.

Christie is not losing any sleep over the CPAC snub. He will find all the love he needs in Palm Beach at the winter home of Jana and John Scarpa. Folks will be paying $3,800 a pop to see Christie.

Cardenas may come to find out that he needs Christie a lot more than the New Jersey governor needs CPAC.