Did Rick Scott make a royal oops with the king of Spain? 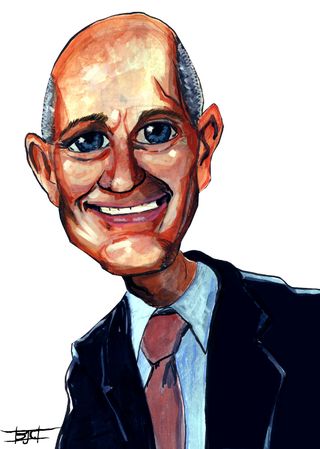 El gobernador de Florida - that would be Rick Scott - met with King Juan Carlos of Spain this week and his first words to the king was about elephant hunting.

Did Scott make a royal oops?

(We have video below).

Now for those of you who may not be following the Great Elephant Hunting controversy in Spain, the dear King took off to Botswana to go elephant hunting last month. This caused an uproar in Spain where his majesty's subjects only learned about the trip because he broke his hip there.

With staggering unemployment and vast unhappiness among his subjects, the trip was, shall we say, ill-timed.

In an unprecedented act of royal contrition, Spain’s king apologized Wednesday for having gone elephant-hunting in Africa while everyday people endure a severe economic crisis.

“I am very sorry. I made a mistake. It won’t happen again,” King Juan Carlos said, trying to placate a rare wave of outrage against him.

Looking sheepish and using crutches to walk, he spoke as he left a Madrid hospital where he had undergone surgery after breaking his hip in a fall during the hunting trip to Botswana.

The 74-year-old monarch had come under scathing criticism this week after he went on the expensive safari as both Spain and its citizens struggled amid an economic crisis that has worsened by the day.

Many Spaniards were dumbfounded that the king could make such an opulent journey — and, to boot, one to hunt elephants even though he is honorary president of the Spanish branch of the World Wildlife Fund — while everyday people brave a 23 per cent unemployment rate, a shrinking economy and fears that the country will be the next after Greece, Ireland and Portugal to need a bailout.

Yup. You read that right (emphasis above added). The good king is honorary president of the World Wildlife Fund. We hear they frown on elephant hunting.

Some Spaniards have suggested that the king might want to turn in his crown.

So Crowley Political Report was indeed surprised when we came across this Spanish video of Scott meeting King Juan Carlos.

As Scott enters the room, he says to the king:

Yes. You read that correctly. Look, don't take our word for it, watch the video.

Oh, and you get to hear Scott explain how he and his wife were chased by an elephant in - you guessed it - Botswana.

Feel free to add a comment creating your own thought bubble for the king.

Oh and by the way ... the video cuts off before you hear Ann Scott tell the king - "I needed you in the Jeep with me."

And what do the Spanish think of Scott's visit.

In this  hilarious video they turn Scott's remarks into a comedy routine on the news satire program el Inter Medio - think The Daily Show with Jon Steward. Even if you don't speak Spanish, you will understand what the commetator is saying.

This is just an example of the ways of Rick Scott - a criminal that taxes its state's workers an extra 3% on their wages to go directly to the state of Florida's coffers.

Scott is a total idiot!

King Juan Carlos was in a hospital for hip surgery, but he was never CEO a chain of hospitals that paid a $1.7 billion fine for Medicaid/Medicare fraud. LoL