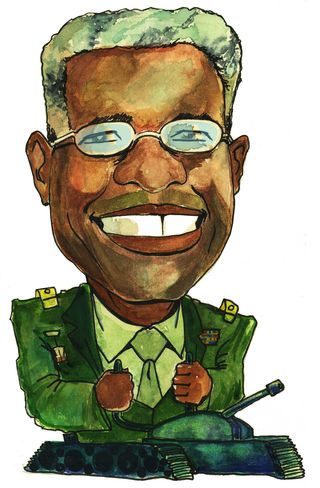 Frankel has raised a total of $1.1 million since starting her campaign. Murphy has raised $1.2 million.

Fun fact - Much of the money Frankel and Murphy raised will have to be spent in the Democratic primary. West does not have, and is not like to have, a serious primary opponent.

Nope, West is just going to keep raking in the dough. A few more million for West and the DCCC may take West off their target list.

No matter how much Democrats would like to get that seat back, Frankel and Murphy are going to need a whole lot more cash to pull it off.

Bob, no one is anksig Crowley to "be an expert in constitutional law." It doesn't take a lawyer to know all he had to do was walk away. Perhaps his police training leaves something to be desired.

West speaks for the Majority of Floridians who are sick of having a minority of radical Liberals setting agendas for them.
Now we just need to get rid of Senator Nelson and Wasserman and Florida will flourish.

John...thank you. Usually the comments only come when I write something critical of West...Brian

Luv....thank you for your comment about the artwork...I will pass it on to the artist....Brian

Great article & thx Brian!! ALLEN WEST REPUBLIC supports Congressman West in his reelection for the CD-22 seat. CD-22 should be proud to have Allen West as their Statesman in DC.

This is one of my favorite photos done of West. I also like this article. Thanks Brian, well said and done!