Home Archives About Subscribe
Tea Party shows its ugly side during CNN debate
Can Rick Perry do better than George Bush in Florida straw poll?

Why Florida should move its presidential primary ahead of New Hampshire

So Florida has finally appointed a committee to decide when the Sunshine State should have its presidential primary.  These fine folks will give us their decision by Oct. 1.

What should Florida do. Well let's have some real fun and have the primary Tuesday, Dec. 6, 2011.

The very thought of this would drive the folks in Iowa and New Hampshire nuts. Both states insist that their events must take place before any other state.

Every four years, bigger, more important state such as Florida, wonder why they continue to let Iowa and New Hampshire bully them. And every four years they cave.

State law in  New Hampshire requires the Granite state to have its reality show, we mean primary, at a week before any other state primary.  So they would be forced to move their primary to November.  Iowa would have to make a similar move.

While this would cause great consternation withing the Republican National Committee, such a move would finally break the stranglehold that Iowa and New Hampshire have on the nation's politics.

Crowley Political Report discussed the issue at some length in February.  Let's revisit what we said then. 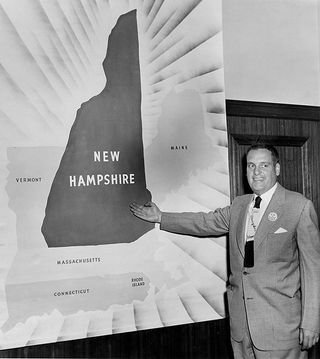 Since 1980, CPR has spent many a cold winter night in the Granite State chasing presidential candidates and chatting with countless "Live Free or Die" residents.

There isn't a town or hamlet that has not been visited. Living there has been an occassional fantasy.

Unfortunately, New Hampshire has become a spoiled brat, clinging desperately to the notion that they alone must first determine who is the proper presidential nominee for the Republican and Democratic parties.

It is a quaint notion.

New Hampshire's primary has nothing to do with selecting presidents. Their record of soothesaying was pretty good for many years. But no longer.

Consider - in 1996 New Hampshire voters picked Pat Buchanan to be the GOP presidential nominee. In 2000, they picked John McCain. Ditto 2008. Among Democrats, they passed over Bill Clinton in 1992 and Barack Obama in 2008.

New Hampshire's primary is a helluva lot fun. It's like going to political carnival. All the acts are there, easy to see and hear. You can go as often as you like and admission is almost always free. In fact, candidates wandering Elm Street in Manchester are more abundant than circus clowns at Ringling.

In the next few weeks, the folks up there can expect visits from Mitt Romney, Tim Pawlenty, Michele Bachman, Rudy Giuliani, Rick Santorum, New Gingrich, Haley Barbour and Sharron Angle.

New Hampshire fiercely guards its god-given right to be the first primary state. It has rigged its state law so that New Hampshire can move ist primary date at will and at the very last minute. And it often does.

They also insist that no one is allowed to have a primary or caucus within a week of the New Hampshire primary.

Because the political parties have also capitualted to the whims of Iowa, South Carolina and relative new-comer Nevada - the other 46 states are expected to stay on the sidelines until the four, otherwise inconsequential states - have had their say.

The political bully is New Hampshire. Folks there would like you to think that it's all about the Granite State's unique focus on presidential politics.

While there is some truth to that notion, the reality is that the presidential primary has for decades represented a major economic boost to the Granite State.

Millions are spent by candidates, staff, volunteers and the media in what has become a nearly non-stop campaign. The temper-tantrum New Hampshirites throw each time attempts are made to change the primary system has far more to do with the potential economic pain than whether New Hampshire voters can instruct the rest of the nation that Pat Buchanan is the best choice for president.

Lord knows efforts have been made to change the primary system. Each time a petulant New Hampshire refuses to back down.

And the candidates, with good reason, are terrified of ticking off the New Hampshire media and political/hotel establishment. The state's leading newspaper - The Union-Leader - rarely writes "New Hampshire primary." No, it must be called the "first-in-the-nation" primary.

The New Hampshire media will draw-and-quarter candidates who ignore them. And since the national media loves spending part of the winter there for the bucolic settings, touching interviews, and simple story line, nearly every candidate is convinced they have no choice but to play.

Now in fairness, the candidates also like it because it is a helluva lot cheaper to campaign there than California or Florida.

Unfortunately, it has increasingly become a waste of time and money for candidates because New Hampshire voters rarely get it right. Even the media impact is much less than it once was - ask President Pat Buchanan or President Hillary Clinton.

For New Hampshire - and the even sillier Iowa caucuses (although Des Moines is nice and RAGBRAI is a great non-political event) - Florida's move was an attack on all that is holy and economically important to the Granite State.

After all, the demand for kitchen counter tops is way down and the loss of "first-in-the-nation" status could further cripple the state.

But really, it is time.

Time for New Hampshire to recognize that their economic gain has little to do with the political parties getting the best candidates for president.

It is all media hype. If the media decided to ignore the New Hampshire primary so would the candidates.

Maybe, the first in the nation should be Florida with more than 10 times the voters and a far more diverse population.

In fact, maybe Florida should move its primary to November 2011.

Now that would be fun.